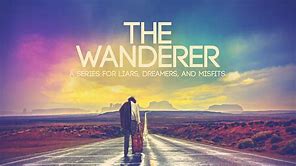 I have always been a bit of a wanderer by nature. I have lived in five different towns/ cities in my thirty-five-year life. In a previous blog I spoke about how I could not rule out the possibility of relocating again. Had I passed the medical and been able to join the Army then different postings would have taken me to different parts of the world. As it turned out I ended up living in different parts of England anyway.
As each year passes and I reflect more on what I have achieved in my life I begin to think about how much of theses achievements I would have had if I only ever lived in one town/ city my entire life. I have worked with and been friends with people who have only ever lived in one place. Some have only ever lived in one house their entire life and instead of them moving out their parents did. While I admire their ability to settle in one place, I do think about what they miss out on by not experiencing life in different parts of the world. I do not mean living in different countries, although that would expand their world view and life experiences. I mean living in different parts of the same country. As an example, somebody who lives in Bradford will have a different view on life then somebody who lives in Chelsea. The media like to talk about the London bubble in relation to our elected politician’s as a way of saying that MP’s are privileged and don’t understand the real world. This may be true for some but not all MP’s.
In truth I probably would have achieved the same things had I only lived in one place my entire life. Would I have had the same experiences? No, had I only lived in one place my entire life I would not have met the people who have shaped me into the person writing this post. The life experiences of the people I have met have given me the life experiences I have had. Would I have had the same issues with Depression and Social Anxiety? Probably as my body doesn’t produce enough Serotonin naturally. All I do know is that when the urge to relocate returns I should think long and hard about what I have to gain as well as what I will be giving up.

This site uses Akismet to reduce spam. Learn how your comment data is processed.

I thank you for taking the time to read my blog